Four simple words sit above the entrance to the Supreme Court: “Equal Justice Under Law.” That short phrase, though, carries immense weight. It is 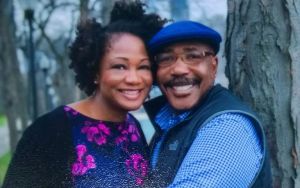 a promise to the American people that we will receive fair treatment in our justice system, and serves as a principle to guide people in power.

For dialysis patients – who already face massive health disparities – it’s a promise that might go unfulfilled following a Supreme Court decision earlier this year that could open the door for health insurance companies to discriminate against them.

In Marietta Memorial Hospital Employee Health Benefit Plan v. DaVita Inc., the Court ruled in favor of an employer-provided health plan which was trying to limit its coverage for dialysis to just 30 treatments. In the ruling, the Court’s majority claimed the plan didn’t discriminate against patients with kidney disease because the limitation applies to everyone on the plan, regardless of whether they have kidney disease.

The truth – which the dissenting justices pointed out – is that this does discriminate against kidney patients. Dialysis is a necessary and lifesaving treatment that only those with kidney disease need. And since patients need dialysis three or more times every week, 30 treatments is only enough to last patients a few months in the best case.

The only alternative as a patient at that point is to adopt Medicare as your primary insurance, effectively allowing private plans to completely circumvent the 30-month “Medicare Secondary Payer” period that Congress enacted to allow patients to choose to remain on their current plan before having to switch to Medicare. In doing that, they could rob patients of a choice that Congress long ago said is one they have the right to make.

Forcing patients to switch to Medicare suddenly can be devastating both for patients and for their families – something my own family went through. When I became eligible for Medicare after being diagnosed with kidney disease, my private insurance plan stopped covering my dialysis treatments on short notice, leaving me with no choice but to go on Medicare.

Plenty of things made that switch difficult. Certain benefits and medications that my private plan paid for were not covered by Medicare, forcing me to take on significant out-of-pocket expenses. It set us on a rush to try and find private plans online to make up for the lack of coverage, but finding a plan was difficult and ultimately forced us to take on debt that we are still paying back.

The worst part of the experience was that my infant daughter – barely one year old at the time – lost the health coverage she had when we were on my private plan. We were completely lost.

No family should ever have to go through this. I know that while we thankfully now get coverage through my husband’s employer, there are thousands of parents out there who cannot say the same, and are wondering how they are going to be able to afford healthcare for their children. If lawmakers don’t step in, then the problem will only get worse.

I’m grateful that members of Congress see the problem with the Supreme Court’s decision and have introduced legislation to correct the course. The Restore Protections for Dialysis Patients Act, spearheaded in the Senate by Senators Bill Cassidy (R-LA) and Bob Menendez (D-NJ), and in the House by Representatives Yvette Clarke (D-NY-9), Danny Davis (D-IL-7), Buddy Carter (R-GA-1), and Jodey Arrington (R-TX-19), will reaffirm what Congress intended: dialysis patients have the right to choose to remain on their private insurance plan for 30 months.

Having access to private employer-provided plans is absolutely essential for dialysis patients. Being on those plans means having access to benefits that Medicare doesn’t provide but which are nonetheless critical if a patient wants to qualify for a transplant. Beyond that, it saves patients from having to resort to pricey alternatives or expensive Medigap plans to make up for whatever Medicare won’t cover, potentially saving patients tens of thousands of dollars in the process.

And, for families like mine, it will mean they have the peace of mind granted by knowing your child is covered if something goes wrong. Letting insurance providers take that away arbitrarily is wrong, and I commend Congress for working to fix this.

If the Medicare Secondary Payer Statute is going to apply equally for every patient, Congress needs to pass this bill. As long as insurance plans are able to discriminate against dialysis patients like this, the promise of equal justice will continue to elude kidney patients.