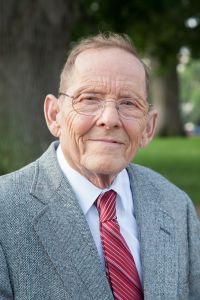 “My top priorities in Congress have been to protect those living with pre-existing conditions and making health care accessible for those in need of treatment,” Rep. Axne said. “For someone like Jack who had kidney disease from a young age, access to dialysis was critical – but without insurance, the cost of treatments can be too far out of reach. This bill opens up existing insurance coverage options to cover these conditions for anyone who needs it, to help thousands of Americans live longer without causing financial ruin.”

“We applaud Congresswoman Axne for introducing the Jack Reynolds Memorial Medigap Expansion Act, which would greatly improve the lives of thousands of Americans suffering with kidney disease,” said DPC Board President Andrew Conkling.  “By changing the current law to ensure that all ESRD patients under the age of 65 have access to supplemental insurance plans, this legislation would make high-quality, lifesaving care more affordable and accessible for all kidney patients, regardless of what state they live in. Congresswoman Axne’s bill is a fitting tribute to the late Jack Reynolds, a lifelong Iowan who was a founding Board member and the longest serving president of Dialysis Patient Citizens. Jack was on dialysis for more than 45 years, and he often credited his longevity to the financial security he felt from having Medigap coverage so he could focus on the things he needed to do to stay healthy. Jack effectively empowered kidney patients through advocacy and education, and as immediate Past President, Jack made this issue a priority for DPC, asking that the late-Rep. John Lewis include it in his broader bipartisan kidney community bill. We thank Rep. Axne for pulling out this one critical piece from the broader bill to both honor Jack’s memory, and to elevate this specific patient priority with her colleagues in Congress.”

“On behalf of our entire family, I want to thank Congresswoman Axne for introducing this bill to honor Jack’s legacy,” said Jack’s mother, Pat Reynolds. “After nearly losing his life in a farm accident at four years old that left him with a serious abdominal injury, Jack dedicated decades of his life to advocating for better kidney care for patients both in Iowa and across the nation. Medigap coverage was an immense help to Jack, and played a major part in enabling him to continue working as a champion for the kidney community. We know Jack would be both honored and humbled to have this bill introduced in his name, and we sincerely appreciate Congresswoman Axne’s leadership.”

To learn more about Jack Reynolds, please click here for his obituary. You may find a video celebrating Jack’s lifetime of service to the kidney community, prepared by DaVita, by clicking here, and a video honoring Jack as the recipient of the DPC Education Center’s award for Patient Education and Public Service by clicking here.