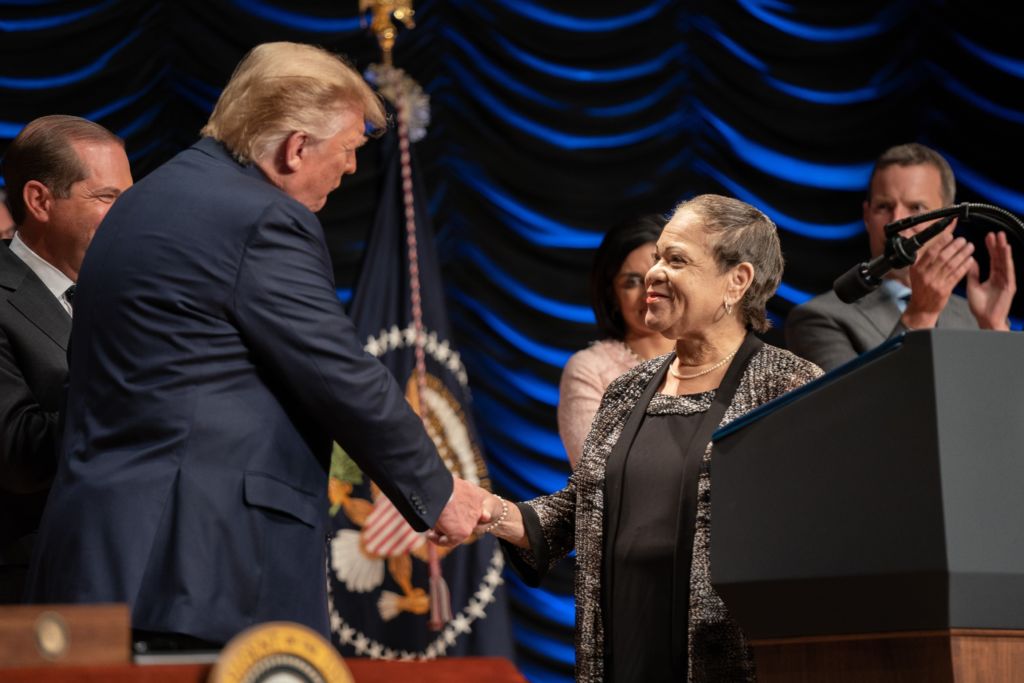 Those powerful words were shared by DPC Board Member Nancy Scott shortly before President Trump signed an Executive Order centered around improving kidney health in America on July 10, 2019. Scott was one of only three individuals who the Administration asked to share her experience with kidney disease during the presentation.

Scott, who is an ordained minister and a retired nurse, was rushed to the emergency room when she could neither see nor stand on a Saturday morning in March 2004. After learning that her kidneys had failed, she started receiving dialysis treatment. During a work-up, Scott later found out she had breast cancer and underwent chemotherapy and radiation.

Scott’s story echoes the numerous struggles that thousands of Americans face when they find out they have end-stage renal disease and reiterates the urgency of improving kidney disease in the US—which affects over 37 million Americans. This urgency was part of the driving force that accelerated the Administration’s efforts to prioritizing kidney health. 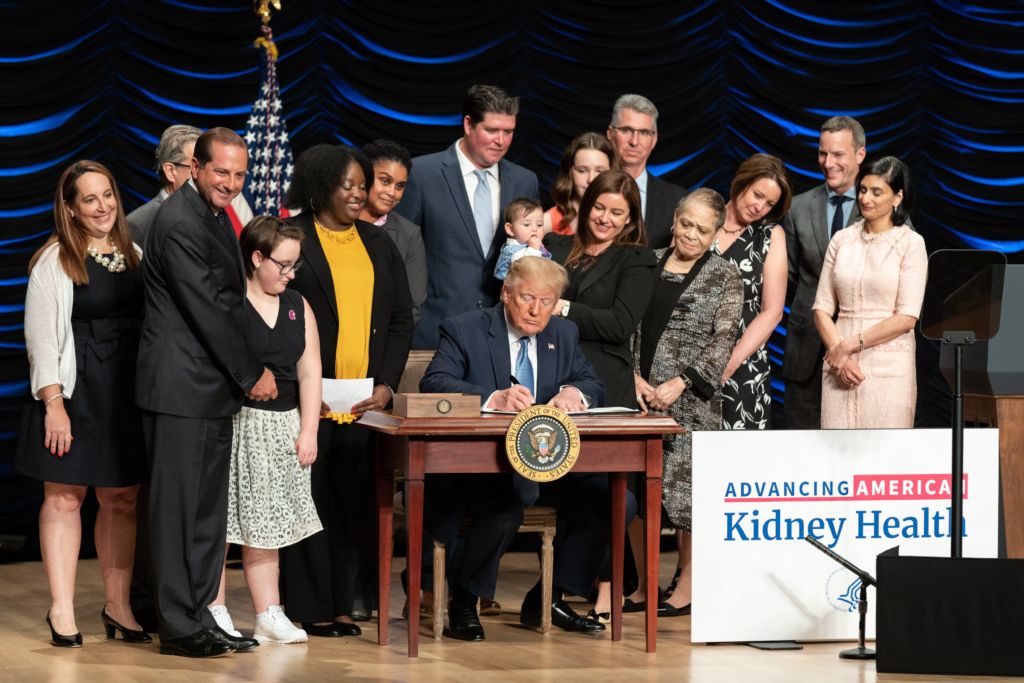 Advancing patient choice and increasing quality of care were the major takeaways during the presentation on the Executive Order on kidney health. Furthermore, the Administration laid out the following three goals In order to combat the problem of kidney disease in the United States:

In addition to the goals highlighted above, the Administration wants patients to receive the treatment that works best for them—both now and in the future.

We commend the Administration for prioritizing kidney disease and for its efforts to raise public awareness. We look forward to our continued collaboration working with the Administration on the implementation of this crucial initiative.

It is clear that now is an especially important time for advocates in the kidney community to use their voice to improve the quality of life for dialysis patients. We encourage you to get involved by participating in DPC’s Annual Membership Survey, which takes your input as a patient with kidney disease and helps to shape our public policy agenda and patient education priorities for the next year. This year we are also surveying family caregivers of dialysis patients.

Help shape the future of Americans with kidney disease by completing our survey today.

For Personal/Office Use Only.

These photographs were provided by THE WHITE HOUSE as a courtesy and may be printed by the subject(s) in the photograph for requested purpose only. The photograph may not be manipulated in any way and may not otherwise be reproduced, disseminated or broadcast, without the written permission of the White House Photo Office. This photograph may not be used in any commercial or political materials, advertisements, emails, products, promotions that in any way suggests approval or endorsement of the President, the First Family, or the White House. credit- (Official White House photos by Shealah Craighead)