The month of March marks National Kidney Month in the U.S., an opportunity to bring awareness to something that affects more than one in seven 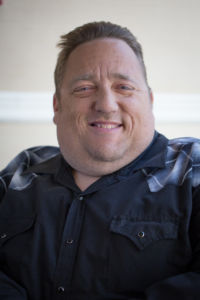 adults, and a chance to reflect on the struggles kidney patients across the U.S. face every day. Currently, kidney patients face an uneven playing field, and a lot still needs to be accomplished in order to ensure that all patients have access to the care they need.

It’s an unlevel field that I’ve been operating on for most of my life. I was born with only one functioning kidney, meaning I knew early on that I would eventually need to start on dialysis. While I was able to defy doctors’ expectations and reach age 25 before I needed to begin the treatments, I quickly learned just how difficult it can be for patients to simply afford the life-saving care that dialysis treatments provide.

While Medicare covers 80% of the cost of dialysis treatments, patients usually need to undergo treatment three or more times each week, meaning that the remaining 20% can rapidly add up and create an increasingly large financial hurdle for patients and their families. Despite this challenge, many states across the U.S. – including my home state of Alabama – don’t require insurers to make Medigap plans to cover the costs Medicare doesn’t pay for available at affordable rates for patients under the age of 65. It’s a serious issue that completely hamstrings what patients are able to do and limits the type of life they can lead.

This issue was especially important to my long-time mentor and close friend Jack Reynolds. He lived on dialysis for 45 years and devoted his life to advocating for other patients. He credited the ability to do that to the fact that he had access to Medigap coverage. This coverage gave him the financial stability and freedom to live his life the way he wanted to, and he wanted every other dialysis patient to be able to say the same.

Now, Congress is considering a bill named in his memory which would make that dream a reality. The Jack Reynolds Memorial Medigap Expansion Act, which Representatives Cindy Axne (D-IA-3) and Jaime Herrera Beutler (R-WA-3) introduced last year, would guarantee that patients across the U.S. could affordably access Medigap coverage, no matter where in the country they live. Patients would no longer have to worry about whether their state requires those plans to be available in order to pay for the treatments they need to live.

Passing this bill would be both a life-saver and an enormous stress reliever for countless patients and their families. It would give them a greater sense of financial security, offer much-needed peace of mind, and make it easier for patients to become and remain eligible for a kidney transplant. This bill is a fitting commemoration of Jack’s life and legacy, and would ultimately give patients the level of freedom he valued so much.

Jack took me under his wing early on and showed me how public policy can have a real, tangible impact on dialysis patients’ lives. The Jack Reynolds Memorial Medigap Expansion Act is a remarkable opportunity to help a group of patients that has too often been left behind, and would mark a milestone achievement for kidney care in the U.S. As we approach the close of National Kidney Month, I hope that lawmakers recognize this opportunity and pass this essential bill.

Andrew Conkling, Arab, Alabama
President of the Dialysis Patient Citizens Board of Directors